So I purchased a ‘Forester Specific’ cat-back from a user on here, but it turns out the midpipe was the stock STi length, not the 3″ longer Forester length, so what was supposed to be a full cat-back swap ended up just being an axleback swap. This was nice in that more of the car remains stock, but it was also awful in that the bolts connecting my axleback to midpipe were so rusted through I thought I was going to have to cut them off. Turns out I didn’t, but my hands are still hurting from pushing and pulling so hard.

Things you’ll need to swap axleback:
Back the car onto the ramps, set the ebrake, place the wheel chocks in front, and go to work.

So here’s some shots of the removal of the bolts. This was actually the most time consuming portion of my work because of the aforementioned rust. Without the rust, this would have been easy peasy. 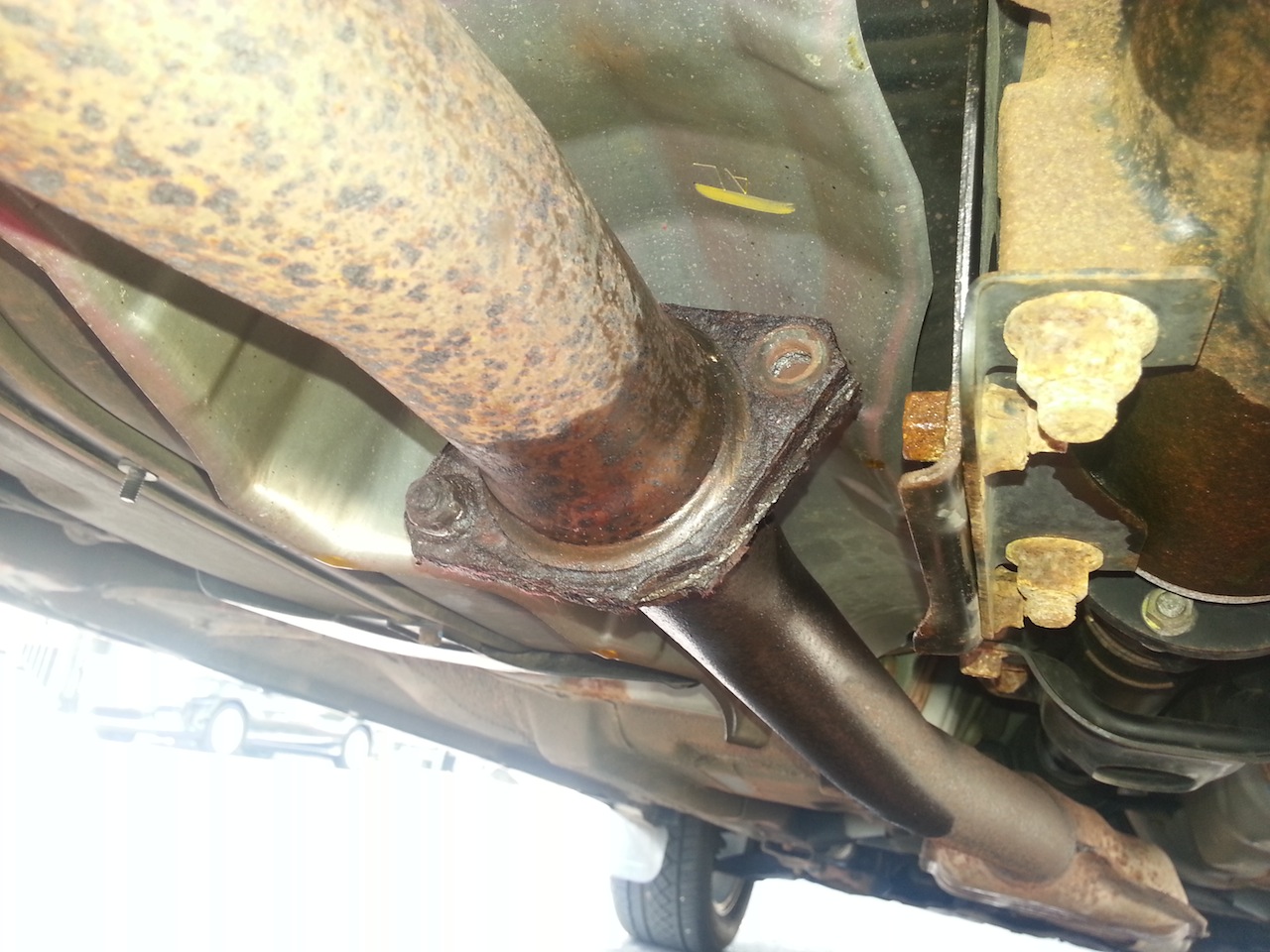 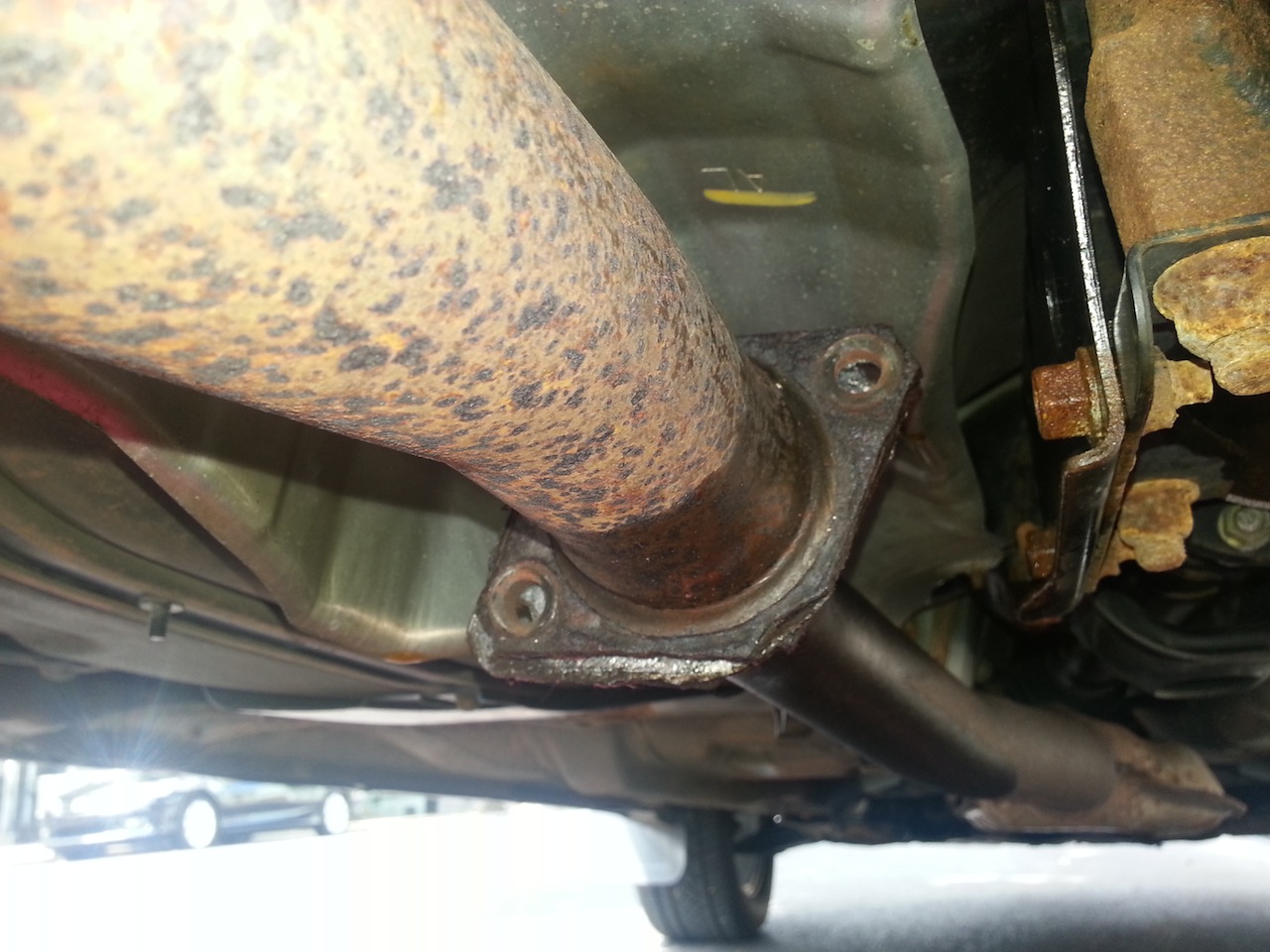 Once you remove the bolts, take the exhaust off the rubber hangers. I found it easiest to remove the hanger from the car, rather than the axleback, for the middle (the one on the pipe of the axleback, not the muffler itself) and right hangers. Additionally, I found that if I removed the middle hanger, the exhaust would hit the bumper. Instead, the order I removed the hangers was right, middle, left. This allowed the muffler to come down, and since the left hanger was the least rusted and best attached to the car, it made removal easier.

Blurry, but this shows the old gasket effectively having disintegrated in between the pipes. I cleaned up what I could, but I was wary of removing too much for fear it would start removing the rusted portion of the midpipe. 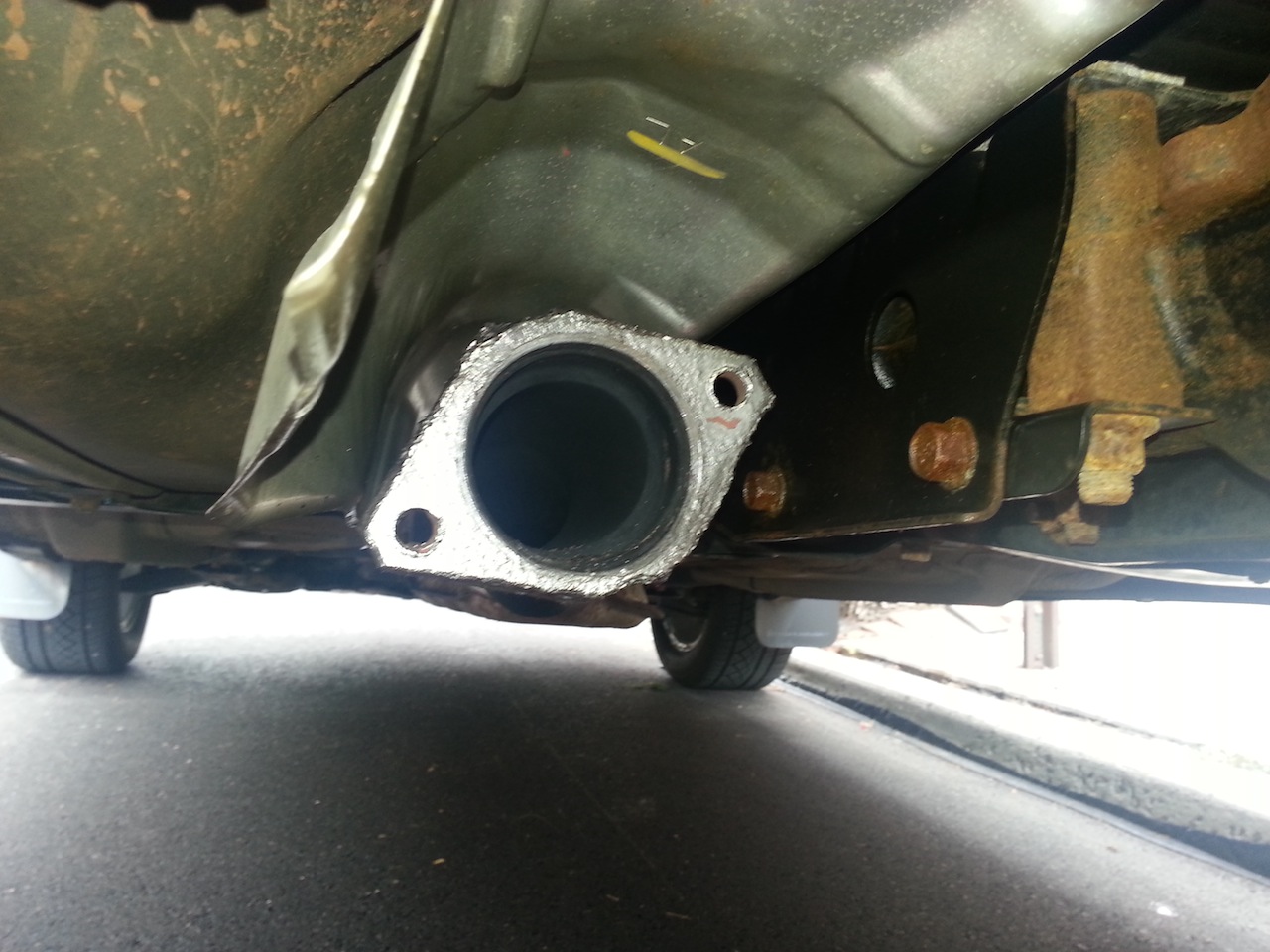 You can see here that I left the left hanger on the car while the other 2 remained on the muffler. 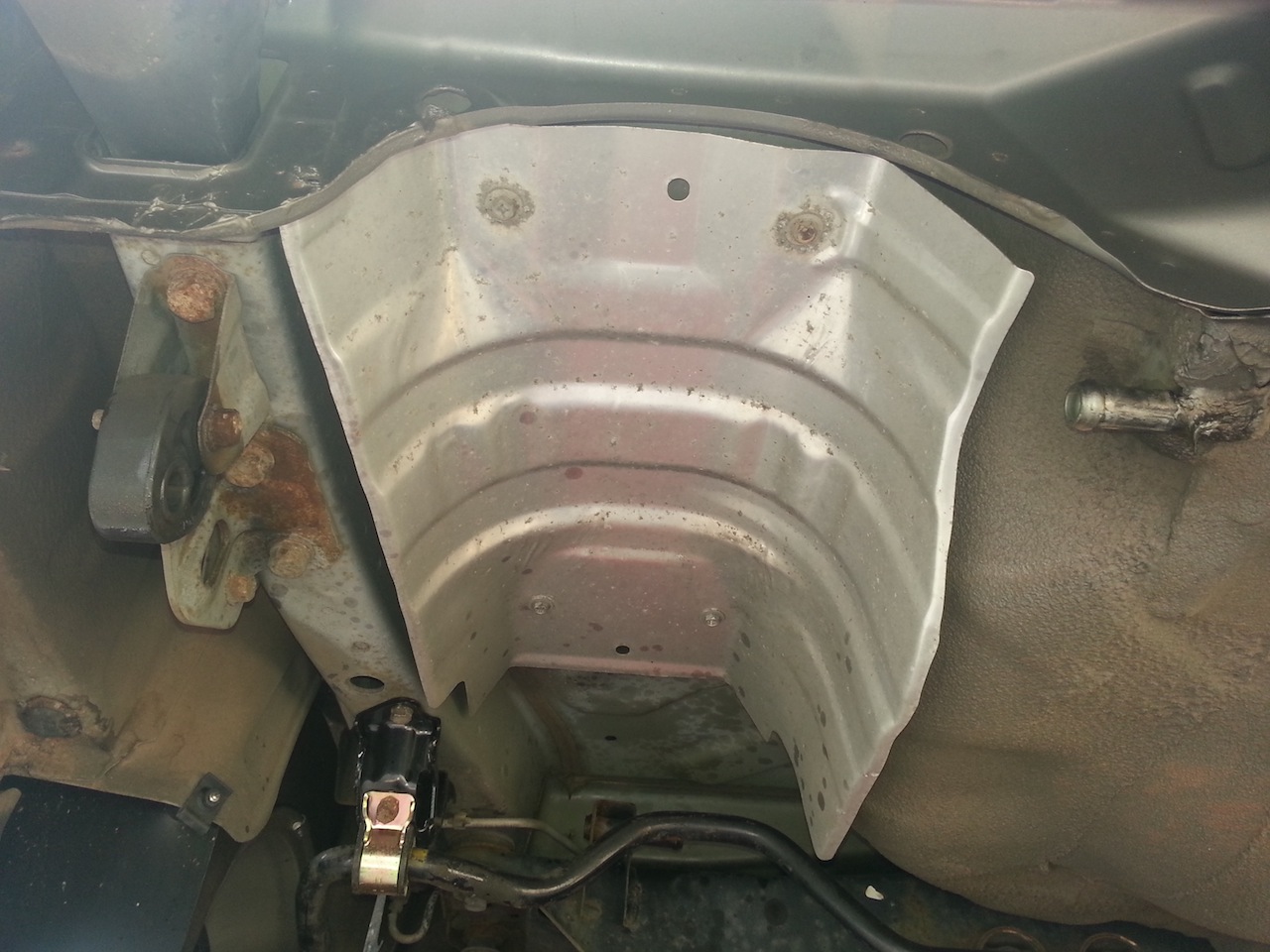 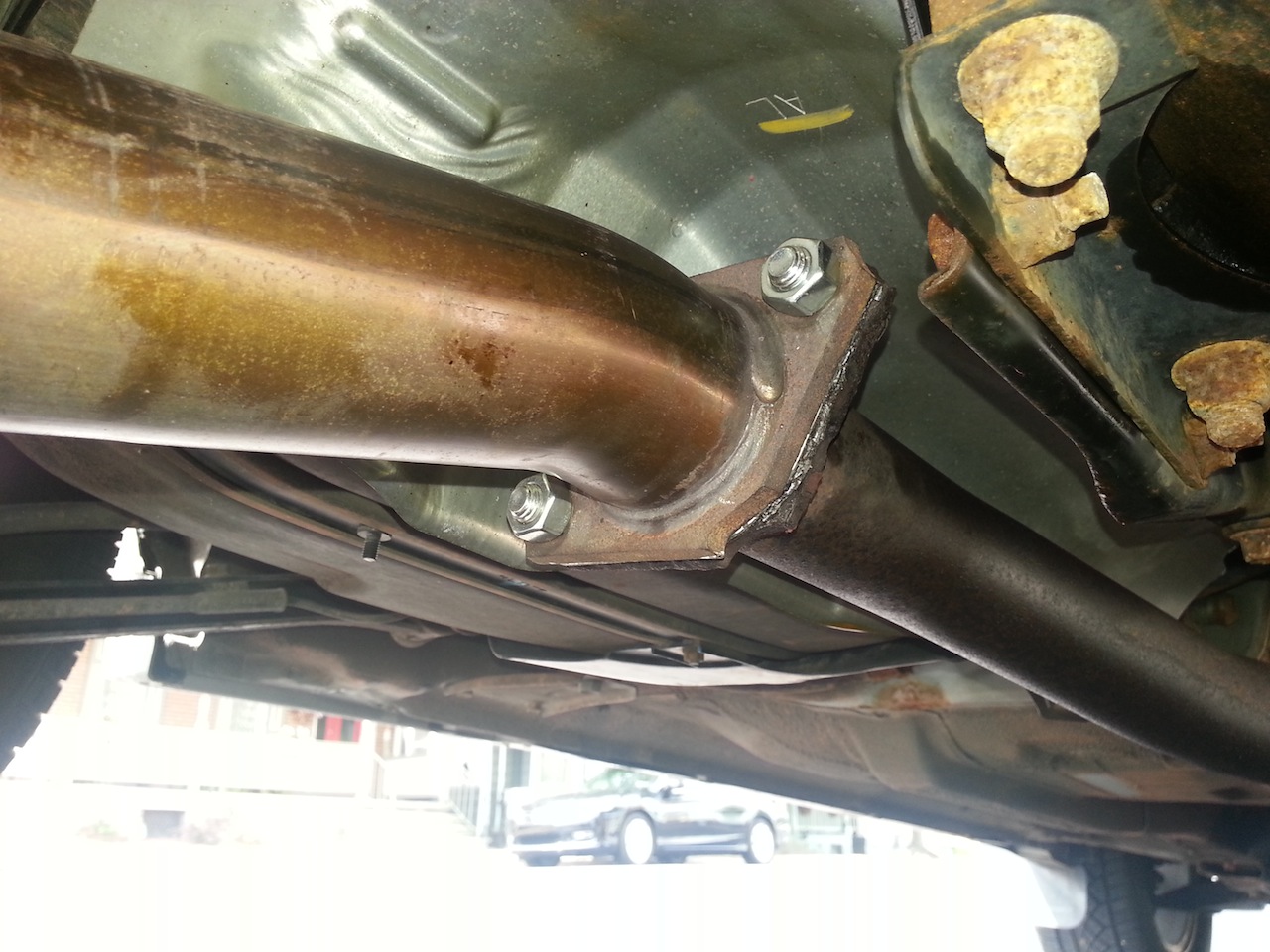 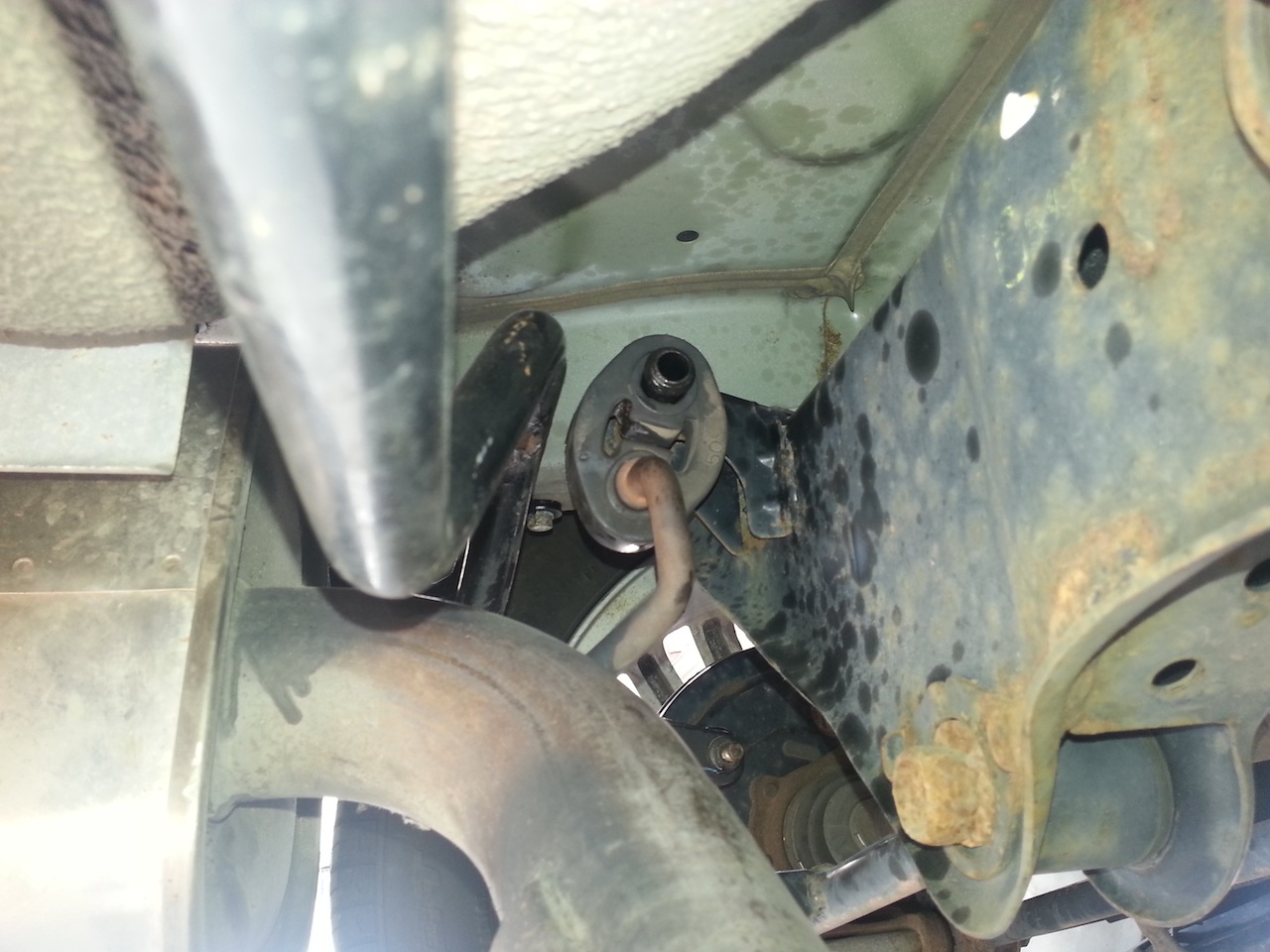 Here’s the right hanger, first with the original hanger. It was really tight, so I stopped by Advance and grabbed an XL hanger: 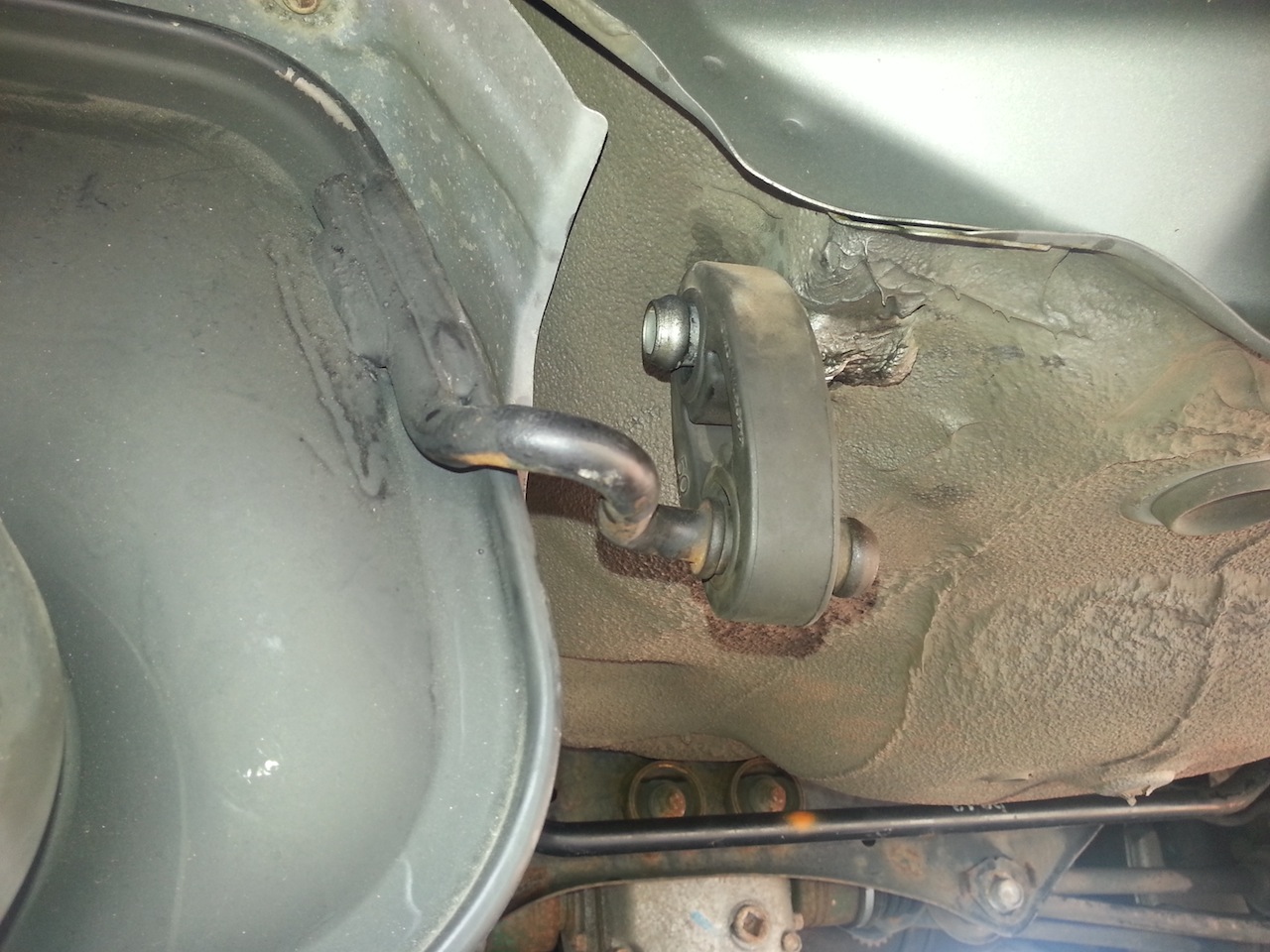 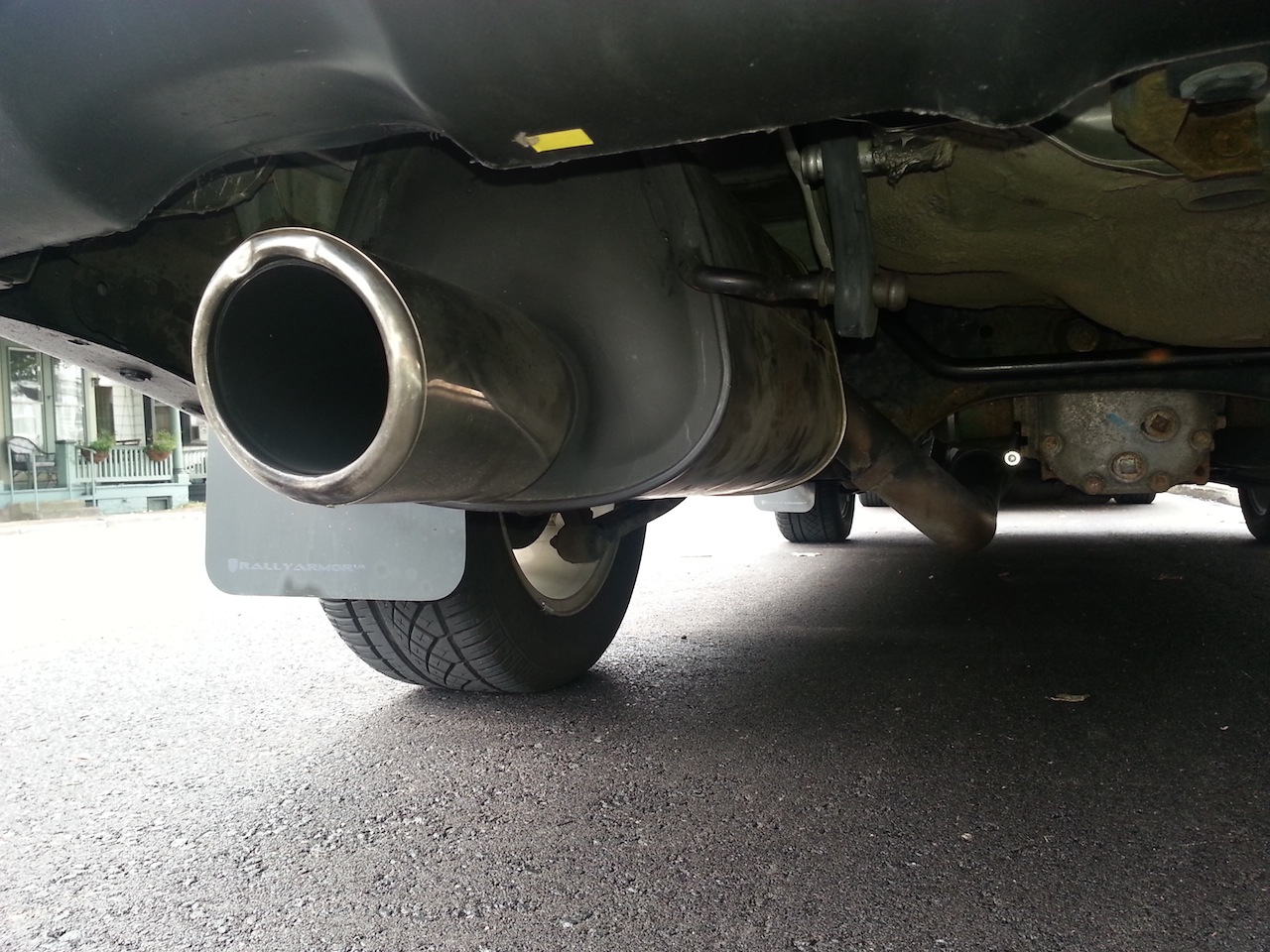 The left hanger was vibrating against the bracket, so as a quick fix I wrapped the hanger arm in electrical tape. I need to get it to a shop and have the arm bent down a little more. 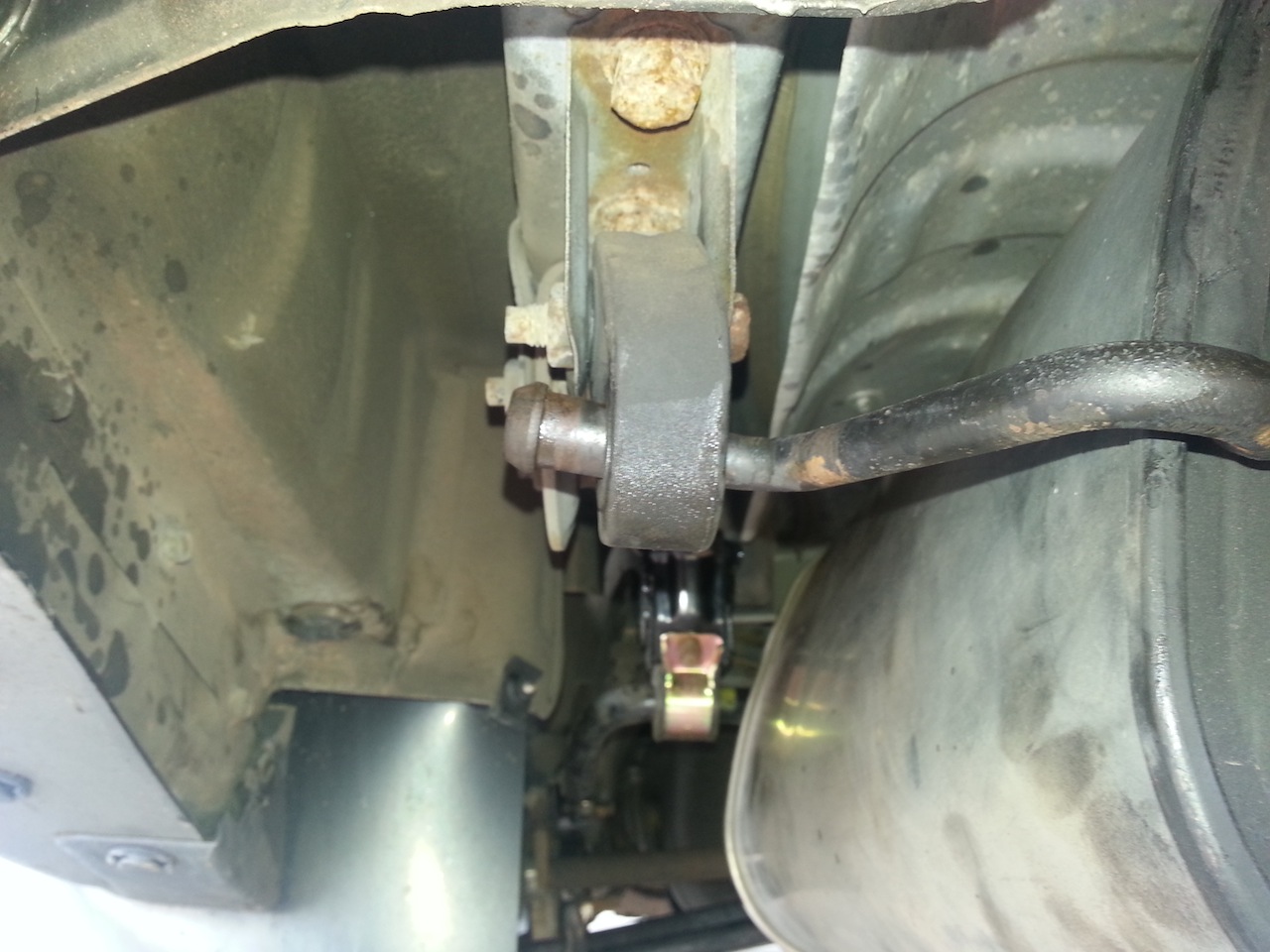 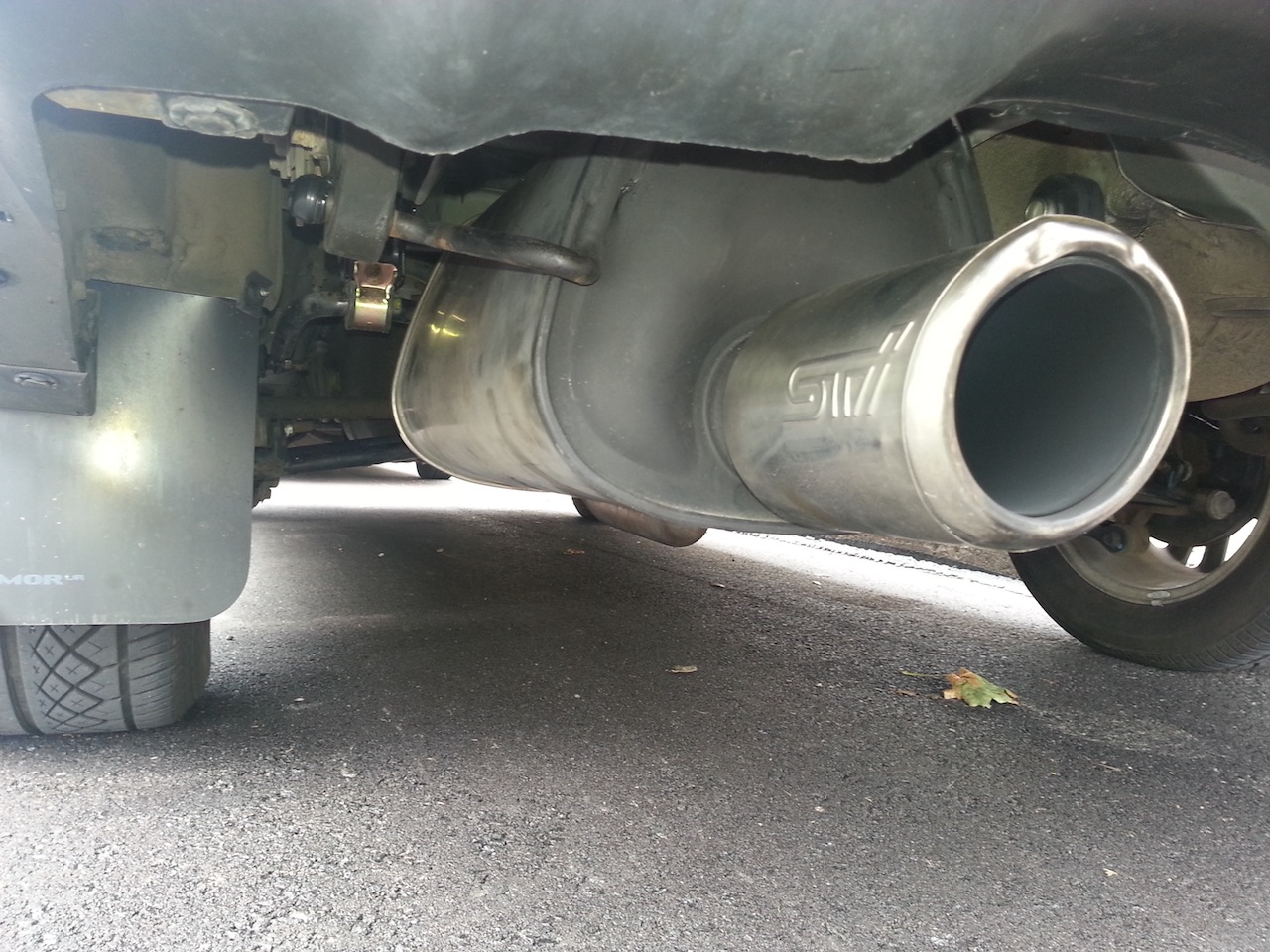 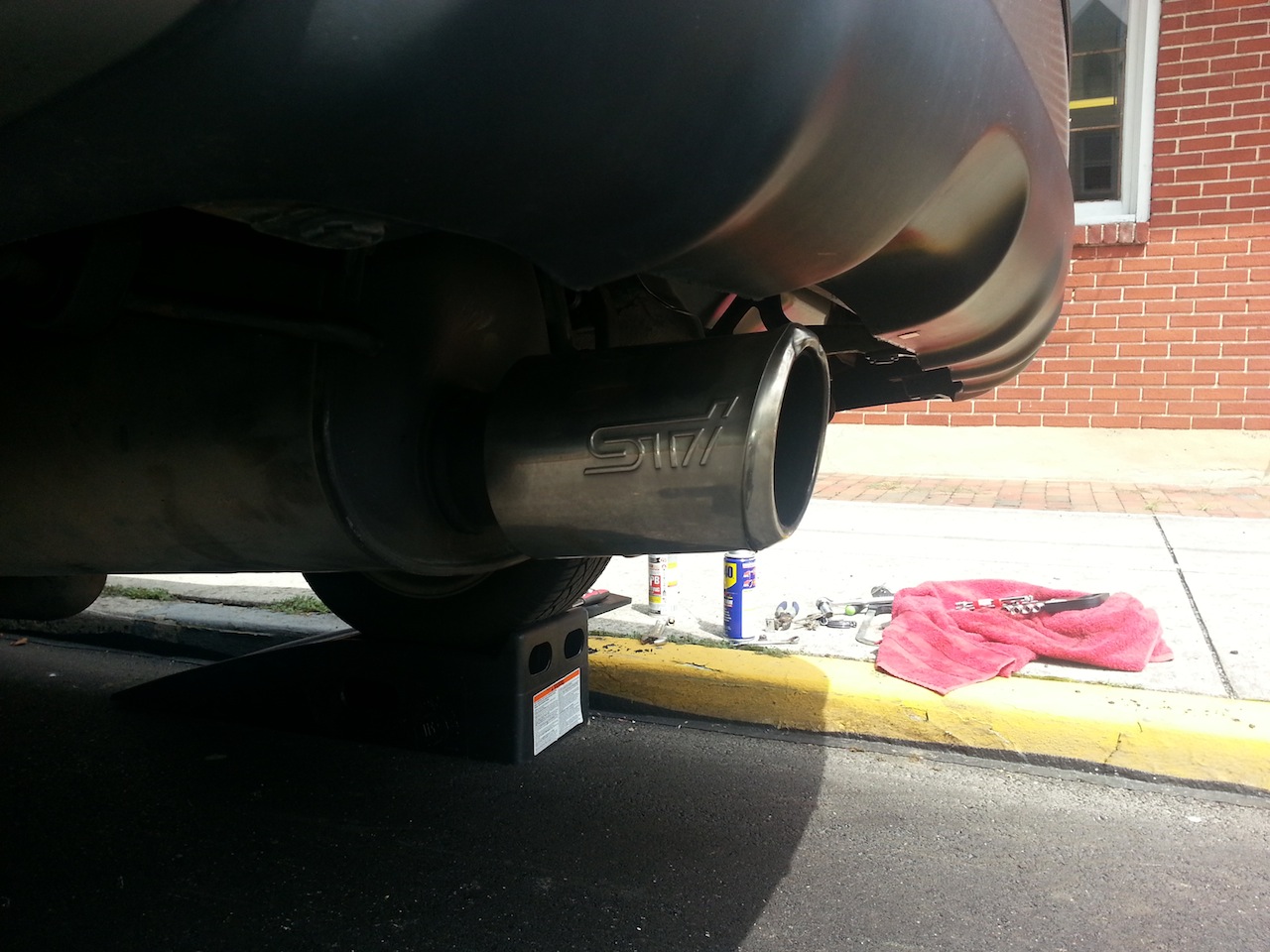 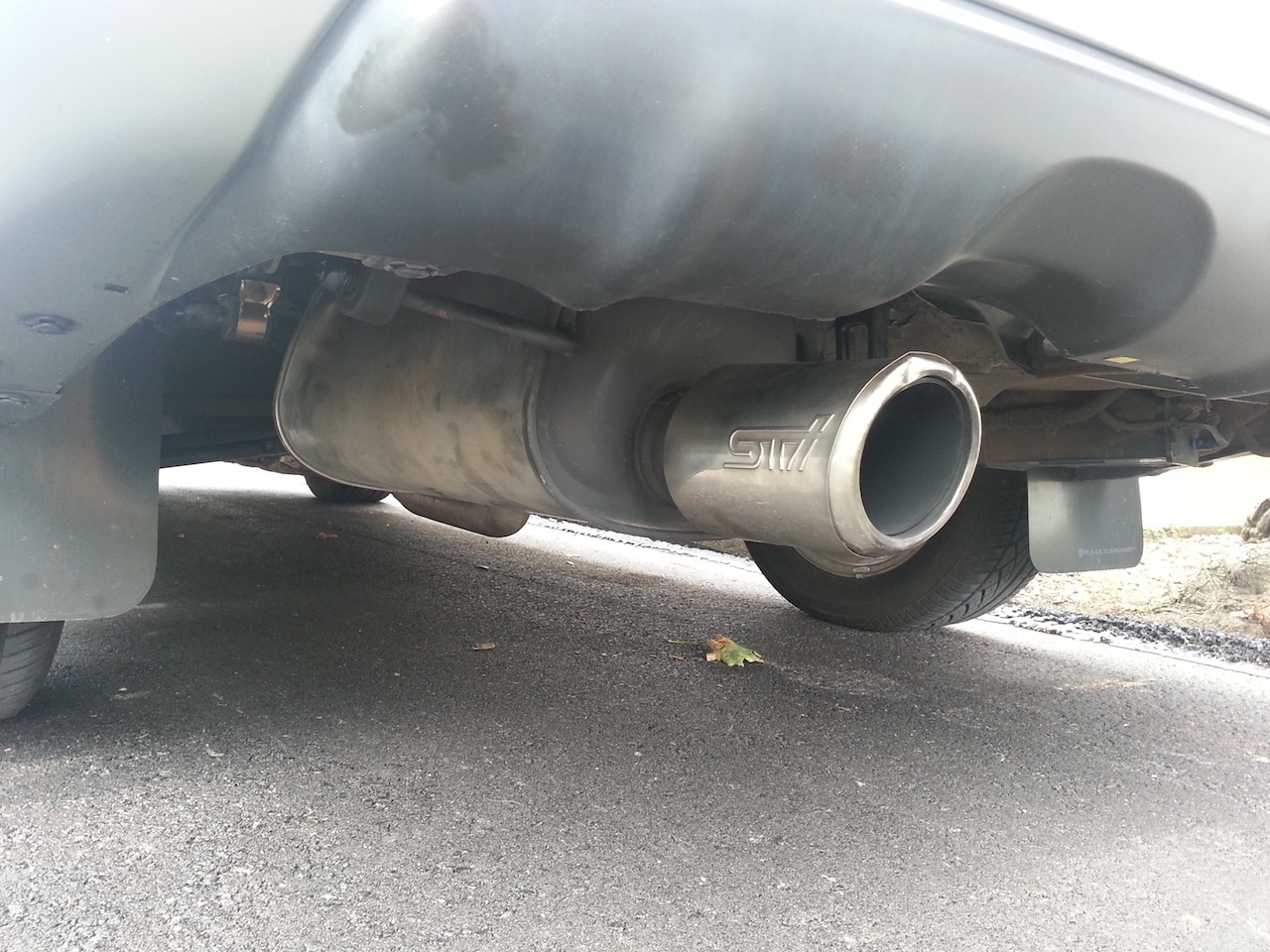 Overall:
I really like the sound of this exhaust. Low-speed/low-rpm (1500-2000) there is a nice deep rumble, at idle it is as quiet as stock. Even at WOT, there is really not an extreme amount of noise. With the windows up, you can’t hardly even hear it. Additionally, I really enjoy the look of STi exhaust. It is not a huge opening, it is not flashy, it is just a nice looking, clean installation. Just what I wanted.